Eric Knight | In the Studio

Eric Knight is currently in the studio completing work on his long awaited album "Delusions Of Grandeur". The album will be released next year in two parts. The album will be available digitally first as two EP's entitled Delusions Of Grandeur: Side One & Side Two. The two digital EP's will be followed by the full length physical album release with bonus tracks not available on the digital EP's. Below is a shot of Eric cutting vocals at Lamat Studios. 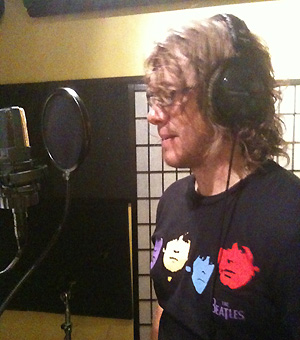